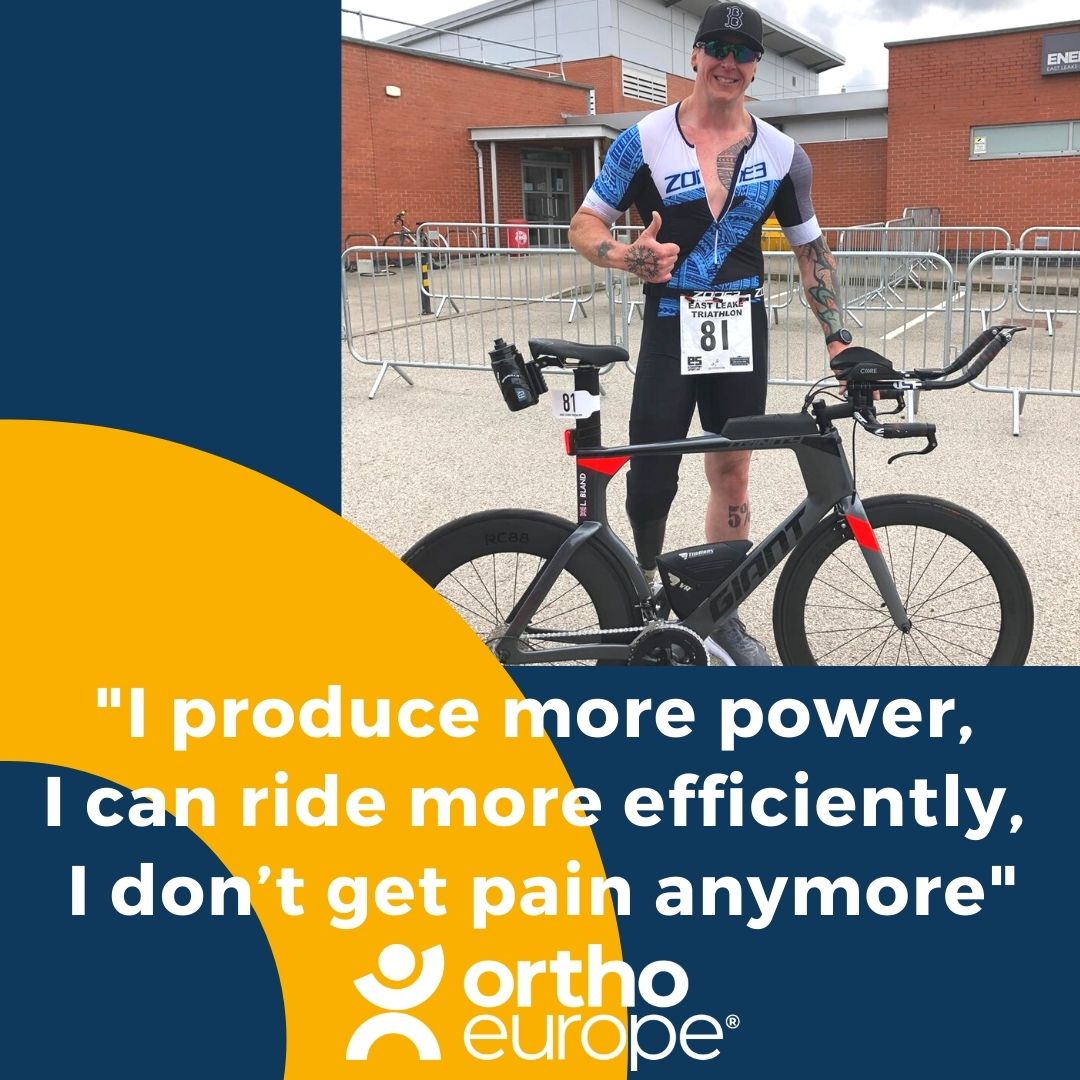 Leigh is a former Royal Air Force engineer who suffered an injury during service resulting in a lower-leg amputation. Leigh initially lost interest in fitness but then transformed himself into a top level bodybuilder. He competed at the first Invictus Games in 2014 and was awarded the Helen Rollason Sports Personality of the Year award. Leigh shares his story of being a competitive athlete and his struggles with his mental health during the pandemic. He explains how on his bike he always suffered pain at the front of his stump, but how his new custom prosthetic carbon fibre limb with a Spiro BK valve he has the smoothness and power that he needs for the best performance.

As a competitive athlete having the correct equipment is vital to my training and competitions, so that I am able to get the most out of my capabilities. 2020 was very tough on my mental health and with all my bodybuilding competitions cancelled, it was a huge hit for me mentally. I had to find a goal and as I was already a keen cyclist, I decided to take the challenge of entering an Ironman in 2021 and train to become a triathlete.

After many hours and miles on my bike I always suffered pain at the front of my stump. I really struggled with hill climbs and was unable to unlock my prosthetic side from the pedal and if I fell I would hit the deck, something I experienced a couple of times. After some research and placing my prosthetic foot in different positions on my static bike, I found that I got better performance and less pain having the force go straight down through the mid foot to heel area. After discussions with my prosthetics team in regards to the possibility of having something more specific being designed, they moved forward with a prototype being built for me to test.

I felt the changes immediately and had a big smile on my face, this led to a working prototype which I got to take away and train with, and it was fantastic, it completely changed my riding, the smoothness, power distribution, no pain and I could now safely unclip from my pedal when I stop or in an emergency.

The final leg was designed and built, I had no idea what to expect. I had a vision and high hopes and when I arrived I wouldn’t look until my bike was set up ready to test, in fear it wouldn’t live up to the idea I had in my head. When I did look I smiled from ear to ear, a wave of emotion came over me and I had to hold back tears of joy, the final leg is amazing! The prosthetics team went above and beyond to help me, producing something way above what I expected and I cannot thank them enough, I just wanted to hug them it meant so much to me.

The custom prosthetic limb is amazing, I out ride many of the able bodied competitors on a virtual race app. I produce more power, I can ride more efficiently, I don’t get pain anymore and again from a safety aspect and I can unclip safely. This has been a major boost to so many things including my mental health, helping me train to my best ability and continue to fight my struggles with depression.

Leigh is making huge progress and is having a great first season in Ironman 2021.

For more information on how to access support if you or someone you know is experiencing limb loss you can contact the Limbless Association for advice and information; Helpline: 0800 644 0185; www.limbless-association.org