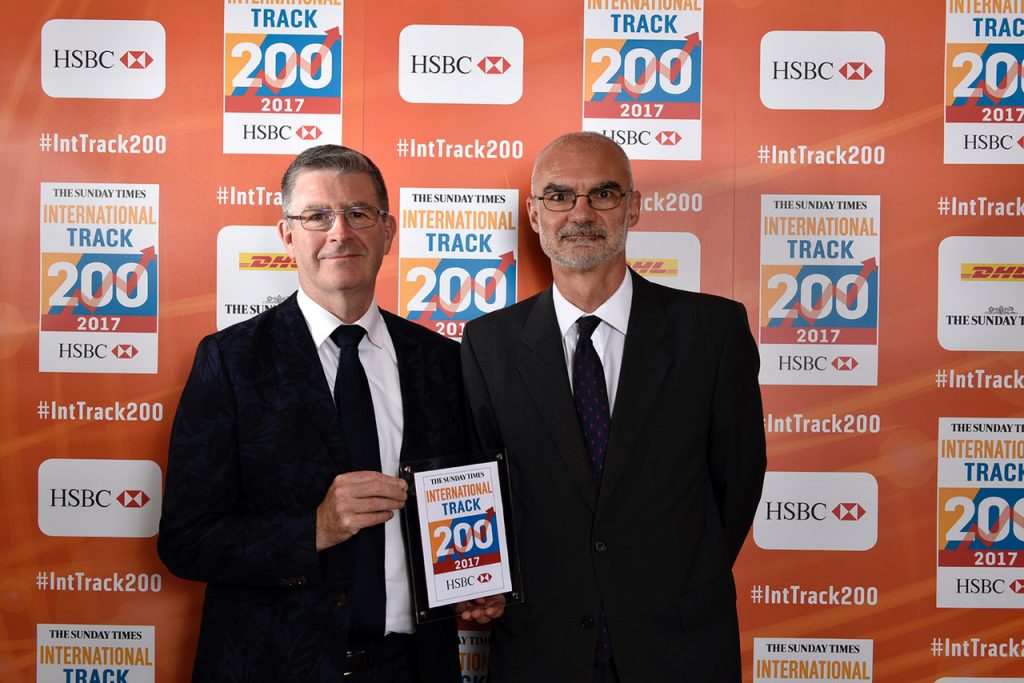 The Ability Matters Group, which includes Ortho Europe, is delighted to have been recognised at the 8th annual Sunday Times HSBC International Track 200 awards ceremony for the fourth consecutive year. The International Track 200 league table ranks the UK’s mid-market private companies with the fastest-growing overseas sales, and the Group were ranked 38th out of the 200.

Executive Chairman Michael O’Byrne and Financial Director Paul Robinson were invited to The Dorchester in London for an evening of celebration and recognition. Alongside representatives from the other successful companies, Ability Matters Group was praised for “making waves on the world stage” by HSBC UK’s head of commercial banking Amanda Murphy.

As we look to continue to build on our success in the future we would like to thank all of our hard working team who lead the way in providing the best possible prosthetic, orthotic and mobility services.

We use cookies to ensure that we give you the best experience on our website. If you continue to use this site we will assume that you are happy with it.Ok